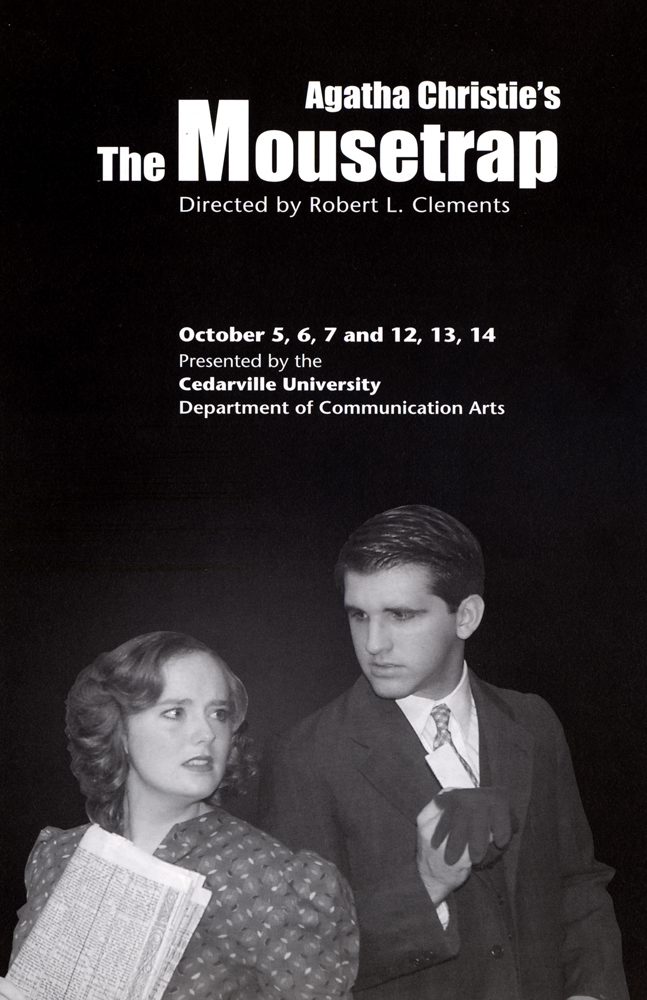 Agatha Christie's classic story, The Mousetrap, opened in 1952 at the Ambassadors Theatre in London, England and is still playing in theatres around the world nightly. The longest running play or musical in history, it is Agatha Christie at her best.

The setting is the 1940s in post World War II England. A young married couple has inherited a large manor house in the English countryside, which they have decided to open as a guest house. On their first day of business their curious and interesting guests arrive along with a massive winter storm confining everyone to the house. The roads are blocked and the phone does not work. A detective arrives on skis to announce that the address of the house was found on the body of a woman murdered in London. The police are concerned that someone staying in the house might be the next victim. Suspicion grows as the detective attempts to unmask everyone present. When one of the guests is murdered, everyone becomes a suspect. Who will be killed next? The tension and suspicions build to an amazing and surprising climax. The Mousetrap will keep you on the edge of your seat.