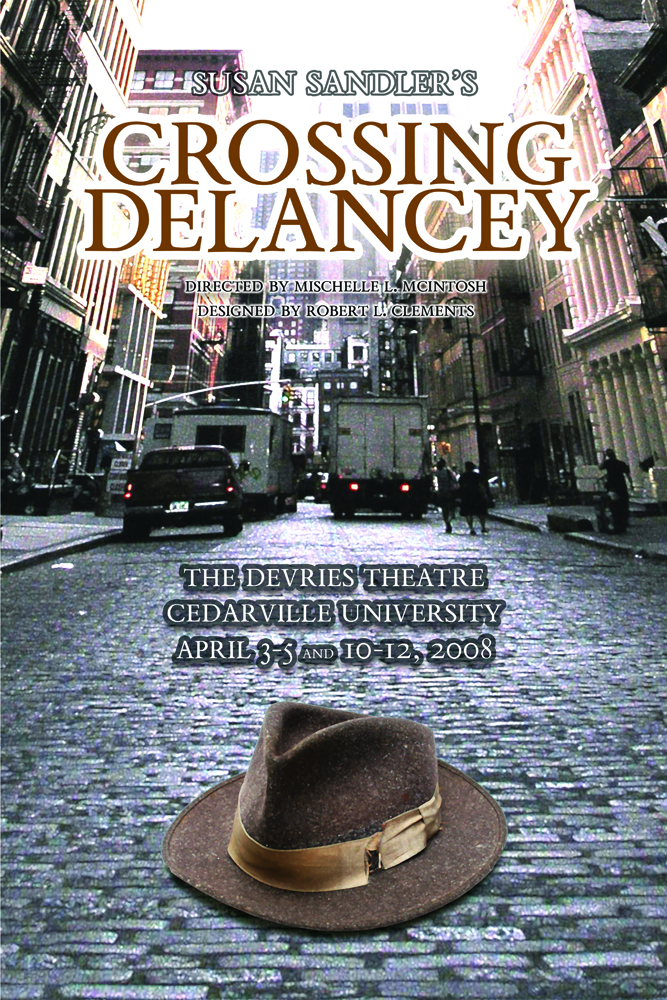 When Isabelle Grossman's grandmother hires a matchmaker to find Isabelle a husband, Isabelle comes face-to-face with a part of her Jewish heritage that she would rather leave behind. As a "modern" New Yorker, she believes that progress and the "old world" cannot exist together... that is, until a "pickle man" teaches her otherwise. This play has all the elements of a great romantic comedy: a pretty girl, a suitor or two, a colorful cast of characters, and a very happy ending. Written by Susan Sandler and first performed in April 1985, Crossing Delancey challenges viewers not to leave their heritage behind while reaching toward the future.