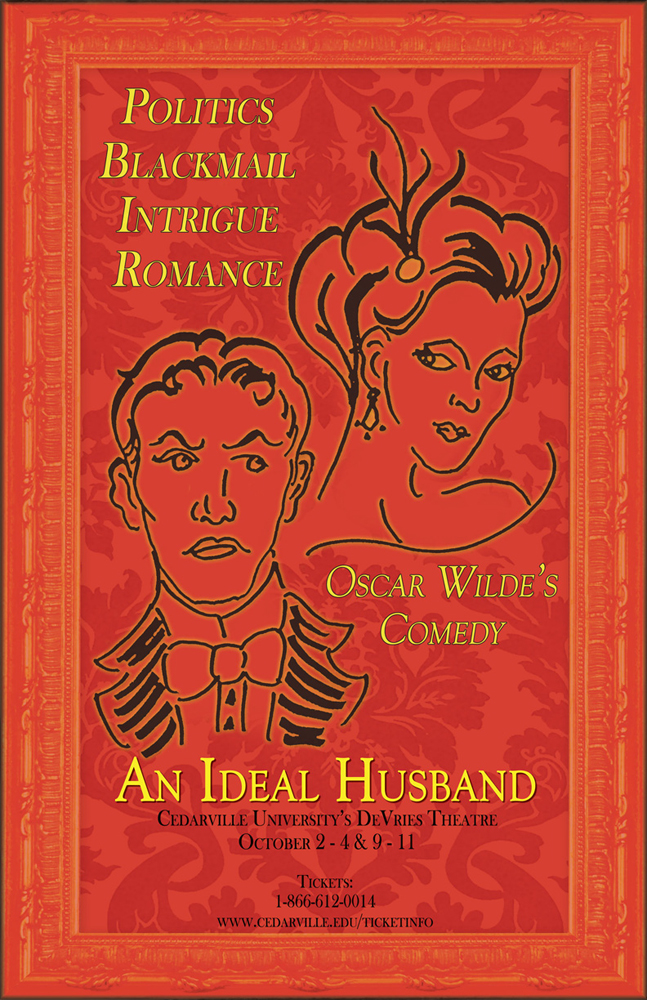 Oscar Wilde's romantic comedy is filled with political ambition, blackmail, mistakes of our youth, and romantic intrigue. Sir Robert Chiltern, the brilliant politician, perfect gentleman, and ideal husband, is about to be asked to join the Prime Minister's cabinet. He is then blackmailed with a dark secret from his past by the scheming and vindictive Mrs. Cheveley, which brings his career and marriage to the verge of collapse. The plot swirls around Robert, his wife, his sister, and his best friend, Sir Arthur Goring, as they scheme to resolve the threat from Mrs. Cheveley. This scintillating and dazzling comedy moves at a lively pace as it explores human frailty, social hypocrisy, and forgiveness. An Ideal Husband was an instant success at its debut, and it still continues to delight audiences 100 years later.