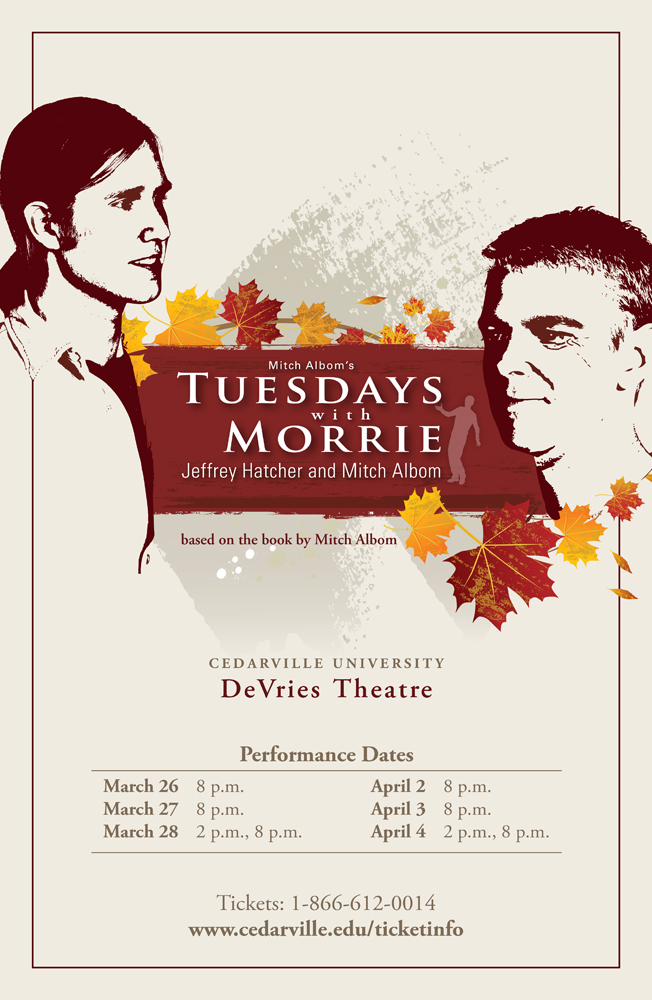 Tuesdays with Morrie is the autobiographical story of the friendship of Mitch Albom, an accomplished journalist, and Morrie Schwartz, his former college professor. Sixteen years after graduation, Mitch happens to catch Morrie's appearance in a televised interview and learns that his former professor is battling Lou Gehrig's disease. When Mitch reconnects with Morrie, what begins as a simple visit develops into a weekly pilgrimage and one last class in the meaning of life. Together with Mitch Albom, acclaimed American playwright Jeffrey Hatcher has faithfully adapted the story for performance, capturing all the resonance of the original dialogue and bringing to the stage two of the most genuine and honest characters the theatre has seen in a long time. Described by the New York Daily News as "a touching, life-affirming, deeply emotional drama with a generous dose of humor ..." and by The New York Times as "making the language of the book crisper, cleverer, and more palatable ...," the play will end the Cedarville University season with a warm and thought-provoking commentary on the gift of everyday life.