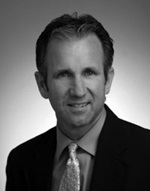 Jeffrey C. Rutt is the founder of Keystone Custom Homes, Inc., in Lancaster, Pennsylvania. Keystone has been awarded the National Association of Home Builders’ and Builder Magazine’s “America’s Best Builder” recognition three times — a feat never accomplished by any other home builder in America. In 2005, Keystone, which focuses heavily on customer satisfaction, built 333 homes, generating more than $100 million in revenue. Their projections call for 365 more homes in 2006. Along with leading Keystone, Jeff has also served as president of the Building Industry Association of Lancaster County (Pennsylvania).

But Jeff ’s interests go beyond his building business. In 1997 he founded HOPE International, Inc., a 5013(c) nonprofit organization that provides micro-loans to families in Third World countries (www.hopeinternational.net). The micro-loan program that started in Ukraine has now expanded into nine countries and has provided more than 50,000 loans, enabling families to learn to “fish for a lifetime” instead of being given fish to eat for a day.

HOPE also provides Awana children’s clubs and Bible camps in those same countries. In Ukraine, the children’s program has grown to include more than 8,000 students.

To give back to those in need, Jeff applies basic principles that he learned as a young man, such as efficiency, perseverance, positive attitude, and passion. He credits his success to his Lord and Savior, Jesus Christ.