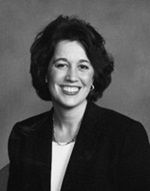 Carol Rivetti, a 1984 Cedarville University graduate, has served as the U.S. vice president and general manager for Westcon Group North America since April 2003. Westcon Group is a global specialty distributor of networking and communications equipment, specializing in the convergence of voice, data, and video applications and technologies.

Prior to becoming VP/GM, Rivetti worked for Comstor, Inc., a division of Westcon Group, as general manager. Rivetti came to Westcon Group from Lucent, where she served as a global account manager and national sales manager for the North America Service Provider Division.

Rivetti began her career as a contracting officer for the Air Force, procuring communications for the Department of Defense. She has also worked for AT&T, where she served in various roles, including sales management, project management, and strategic planning.