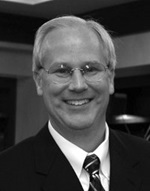 As president of Kellogg North America, Jeff Montie is responsible for five North American divisions with about 15,000 employees and net sales of $6 billion. He is also a member of the Kellogg executive management committee.

Jeff worked in brand management for Procter and Gamble for two years before beginning his climb in the Kellogg Company in 1987. His ascent took him through marketing, management, and innovation positions in Kellogg’s U.S. Cereal, Canada, South Africa, Germany, and Europe divisions. He came to his current position following his role as division president for Kellogg’s U.S. Morning Foods and North America Morning Foods.

Jeff is a Cedarville University graduate, having earned his bachelor of arts degree in business from the ’Ville in 1983. Cedarville recognized him as Alumnus of the Year in 2004. In addition, Jeff holds an M.B.A. from The Ohio State University and has received their Young Professional Achievement Award.