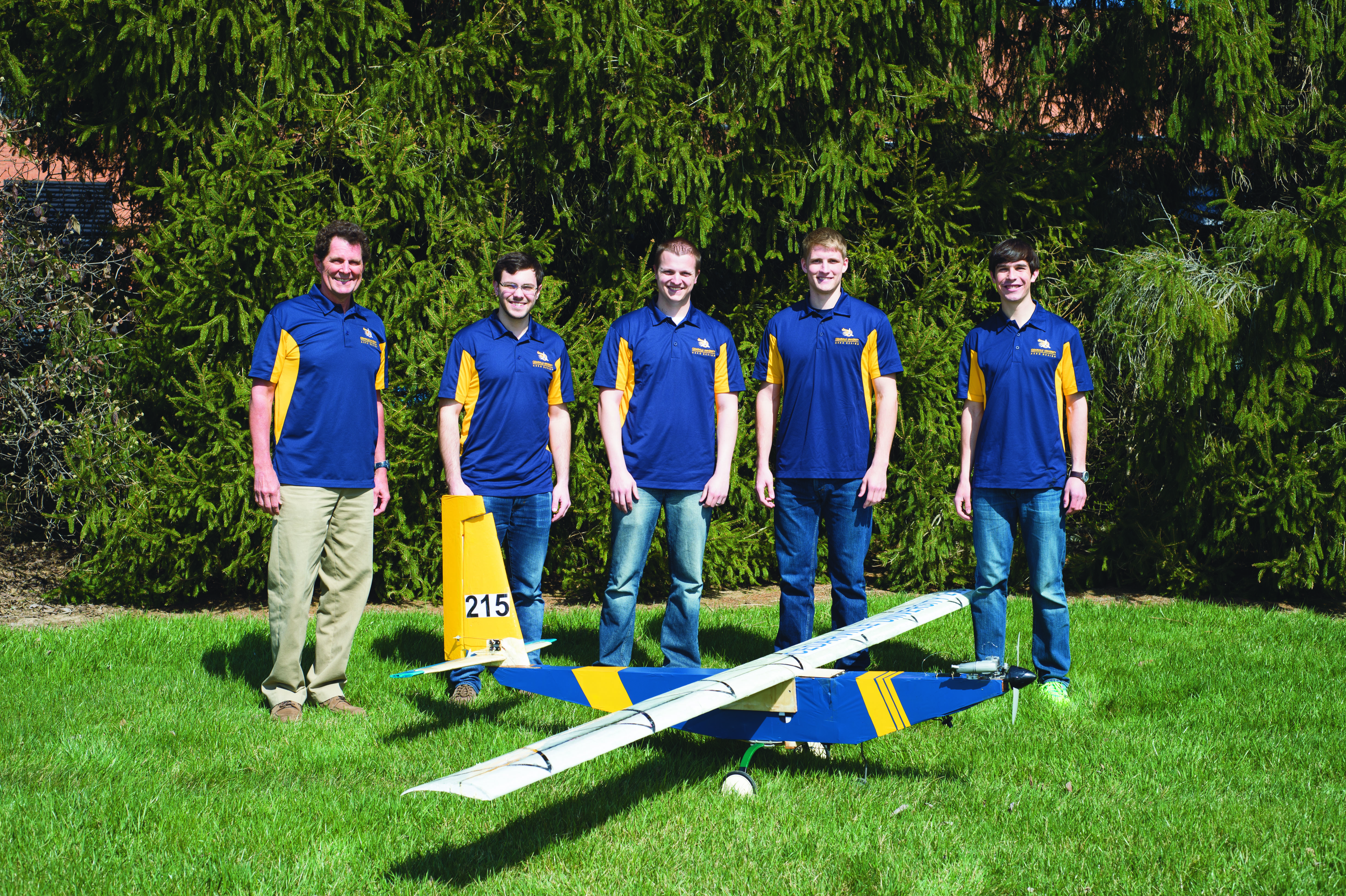 “This competition showcases the strength of our engineering program and readiness of our students to design in real world applications,” says Dr. Tim Norman, team faculty advisor.

In each of these competitions, students design, build and fly remote controlled aircraft according to the rules specified by the SAE organization. At all levels, students are challenged to design planes that efficiently lift cargo either by hand takeoff (Micro Class) or runway takeoff (Regular and Advanced Glass). The Advanced Class is the most challenging of the competitions and entries are generally from schools with aeronautical engineering programs. This class requires that aircraft carry an expellable cargo that is dropped mid-flight to hit a target while using a first person view telemetry system.  The onboard telemetry components are required to monitor airspeed and altitude and transfer the data to a ground station where a payload specialist guilds the pilot to proper airspeed and altitude. Also, an onboard camera broadcasts the aerial image to the field station that provides visual information to the field computer for prediction of the drop location. The competitions ultimate goal is autonomous flight.

Dr, Norman commented that “This competition pushed the Cedarville students to utilize skills from multiple areas of engineering: aero, mechanical, electrical and computer. It’s unique in that respect unlike any other competition out there.”

The overall aero design competition had a total of seventy-five teams entered from the US and around the world of which nineteen teams took the Advanced Class challenge. Scoring is based on three parts: a written report, a presentation, and flying. Of the nineteen teams, only seven successfully dropped within the target region and Cedarville was among those teams. The team’s aircraft successfully dropped within the target placing 7th in flying ahead of teams from The University of Michigan, Vellore Institute of India and McGill of Canada. Georgia Institute of Technology, Wroclaw University of Poland and The University of Cincinnati finished ahead of Cedarville's team. The team also placed 6th in presentation and 16th in the design report.