Dr. Calhoun is a Professor of English, teaching courses on nonfiction writing, literature, the history of English, C. S. Lewis and J. R. R. Tolkien, and the uses, constructions, and appreciation of narratives. He is the creator and director of The U2 Conference, a meeting of academic and popular audiences for the exploration of the music, work, and influence of U2. He edited and contributed to Exploring U2: Is This Rock ‘n’ Roll?, a collection of essays, and is a Series Editor with Scarecrow Press for Tempo books on rock and pop music and culture. He writes for the website @U2 and has contributed essays about U2 to Books & Culture. He has been teaching at Cedarville since 1999. 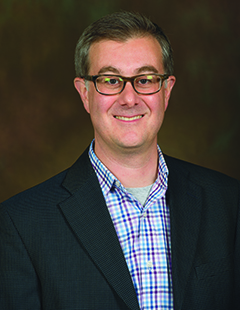