Professor Andrew Graff joined the faculty of the Department of English, Literature, and Modern Languages in 2015. His writing has appeared in Stolen Island, Dappled Things, and Image. At Cedarville, he teaches fiction and poetry workshops, and serves as editor of the Cedarville Review. In 2009, Professor Graff became an Iowa Arts Fellow and earned an M.F.A. from the University of Iowa Writers' Workshop, where he studied under Pulitzer Prize winning authors such as James Alan McPherson and Marilynne Robinson. In 2011, Professor Graff was awarded the Clark Fisher Ansley Prize for Excellence in Fiction.

Why Cedarville?:  I enjoy the students, their artfulness, and their faith. I'm glad to spend time with them. 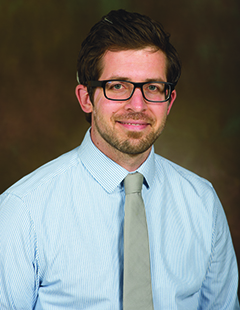