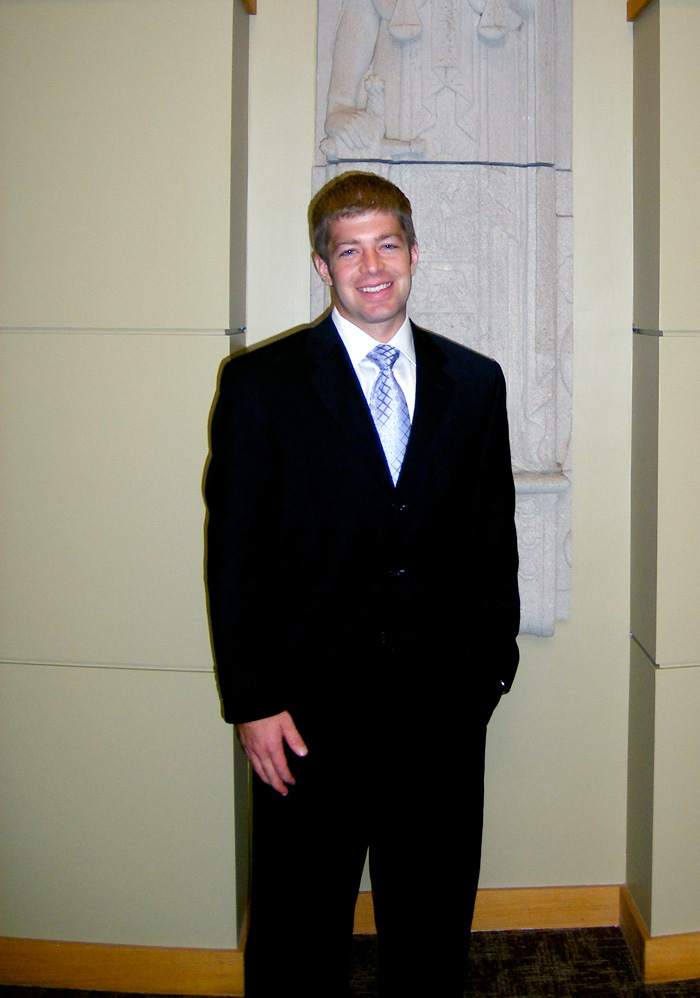 Dan Magee graduated from Cedarville in 2008 with a degree in History and Political Science and minors in Organizational Communication and Bible. Dan hails from Lansing, MI and used his time at Cedarville to prepare for law school. Along the way, he interned in a prosecutor’s office and has some interest in pursuing that kind of work in the future. Dan did very well at Cedarville and was offered a full tuition waiver at the Michigan State University School of Law, which he accepted. During his time at Michigan State, Dan was on the Appellate Moot Court Board, became a member of the Trial Practice Institute, and served as a teaching assistant. He also interned for Michigan Supreme Court Justice Stephen Markman. In May 2011, he graduated as the salutatorian of his class from Michigan State and, after passing the bar exam, was admitted to the State Bar of Michigan on October 31, 2011. Dan went on to clerk for Michigan State Supreme Court Justice Robert P. Young, Jr.