Zhongwang Wang joined the faculty of the Department of Music and Worship in fall 2019 as an adjunct bassoon instructor. He has been the Principal Bassoon for the Kentucky Symphony Orchestra since fall 2017. As a soloist, Zhongwang was named as the alternate for the prestigious ‘Fox-Gillet’ Competition by the International Double Reeds Society in 2016. As an orchestral player, he is the associate musician with the Columbus Symphony, and he has also performed with other professional orchestras in the U.S., including the Buffalo Philharmonic, the Virginia Symphony, the Grand Rapids Symphony, and the Dayton Philharmonic. In May 2017, he participated the Virginia Arts Festival under the invitation of the world-renowned conductor JoAnn Falletta where he performed with the VSO for the Berlioz’s Requiem, and the album is now released by the Hampton Roads Classics. As a keen chamber musician, he has been serving as the bassoonist at the Collegium Cincinnati since 2016, a professional chamber ensemble that performs across the Greater Cincinnati area. As an educator, Zhongwang also teaches at the Cincinnati College-Conservatory of Music and the Mount St. Joseph University. 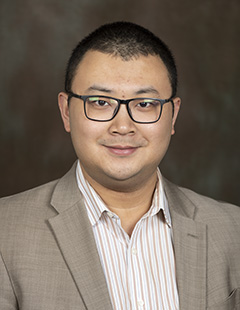