The Story of William Gibson

In 1891, Cedarville College was still a dream, waiting to become a reality. The state of Ohio chartered the school in 1887; however, due to lack of any meaningful monetary support, Cedarville still existed in name only. Those lean years were difficult for the Board of Trustees, and their hopes soon faded. They were on the brink of abandoning the entire project.

In November, they received word that the late William Gibson, an influential Cincinnati businessman, had designated $25,000 to Cedarville in his will in memory of his father and business partner, Peter Gibson. News of this estate gift revitalized the Board and breathed new life into the young college.

The college formally opened on September 19, 1894, with 32 students. In 1910, Dr. David McKinney, first president of Cedarville College, remembered Gibson's gift when he wrote, "… it was as if Providence had determined that this ministry should go on."

Mr. Gibson's gift amounted to less than 2 percent of the total value of his estate, yet who can calculate the eternal value of his gift? Just as God used William Gibson, He can use your generosity to help secure Cedarville's future. The following types of commitments qualify you for membership in the William Gibson Society:

Start your membership in the Gibson Society today!  If you are among those special individuals, we invite you to join the William Gibson Society, allowing us the opportunity to thank you.

As a member, you will enjoy the following benefits: 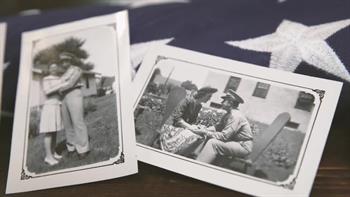 A Legacy of Faithfulness

For more than 50 years, Roger and Charlotte Kuriger faithfully gave to Cedarville University, and then left the University with a legacy that will provide scholarships for M.S.N. and accounting students for years to come.