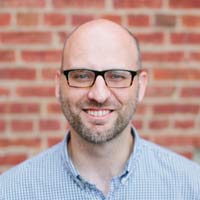 Jonathan Leeman is the editorial director for 9Marks. After doing undergraduate and graduate degrees in political science, Jonathan began his career in journalism where he worked as an editor for an international economics magazine in Washington, DC. Since his call to ministry, Jonathan has earned a master of divinity and a Ph.D. in theology and worked as an interim pastor.

Today he edits the 9Marks series of books as well as the 9Marks Journal. He has written for a number of publications and is the author or editor of numerous books: The Church and the Surprising Offense of God's Love (Crossway, 2010);  Reverberation: How God's Word Gives Light, Affection, Freedom and Action to His Church (Moody, 2011);  Church Membership: How the World Knows Who Represents Jesus (Crossway, 2012);  Church Discipline: How the Church Protects the Name of Jesus (Crossway, 2012);  Editor: The Underestimted Gospel (B&H, 2014).

Jonathan lives with his wife and four daughters in a suburb of Washington D.C., and serves as an elder at Capitol Hill Baptist Church.