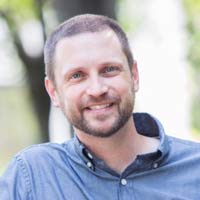 Matt Mason is the Sr. Pastor at The Church at Brook Hills in Birmingham, AL. He grew up in New Orleans, LA, where his father planted and pastored a small church in the city. Matt’s own journey in pastoral ministry began in 1996, the same year he married his wife, Paula. In addition to preaching and shepherding, which are his primary ministry passions, Matt has had opportunities to travel, speak, and write.

He contributed a chapter to Doxology and Theology: How the Gospel Forms the Worship Leader (2013), and has written articles published in the 9Marks Journals, The Gospel Coalition, Radical, and others. Also, he is a contributing author to one of the forthcoming Psalms volumes in the Christ-Centered Exposition Series. Matt and Paula have three children, Hunter, William, and Elisabeth. They love making music together, travelling, family read-alouds, and watching NBA basketball.