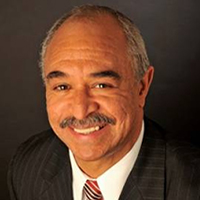 Jim Joyner is a Licensed Independent Chemical Dependency Counselor Clinical Supervisor (LICDCCS) through the Ohio Chemical Dependency Professional Board. He has more than 45 years of professional experience working in alcohol and drug prevention, treatment, and training. He is a sought-after presenter and has provided educational and consultative services for a variety of organizations. Jim has offered expert opinion on numerous TV and radio programs during his career, and for more than 10 years he hosted and co-hosted both radio and cable TV programs that educated the audience on reducing the consequences of the misuse and abuse of alcohol and drugs.

Jim has also served as Master of Ceremonies (2013–2016) for the statewide Recovery Rally Celebration that is held each September in Columbus as part of the national Recovery Month Celebrations. He is the President of the Ohio Association of Alcohol and Drug Addiction Counselors (OAADAC) and Chairperson for the Greater Cleveland Municipal Drug Court Advisory Council.

Jim believes that the consequences associated with the use of alcohol, tobacco, and other drugs represent the single greatest negative factor on the quality of life that touches every man, woman, and child in this country today. He is dedicated to the belief that through effective education, prevention, and low-risk lifestyle choices, these problems can be arrested.