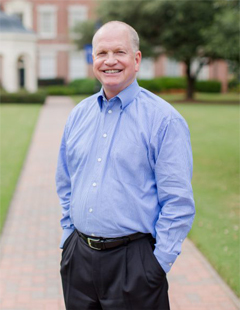 Danny Akin has served as President and Professor of Preaching and Theology at Southeastern Baptist Theological Seminary since 2004. Danny has been involved in short-term global missions since 1977, serving in areas such as Thailand, India, Sudan, and the Middle East. He earned his B.A. in biblical studies from The Criswell College, his M.Div. from Southwestern Baptist Theological Seminary , and his Ph.D. from University of Texas at Arlington. He and his wife, Charlotte, have four married children and 12 grandchildren.