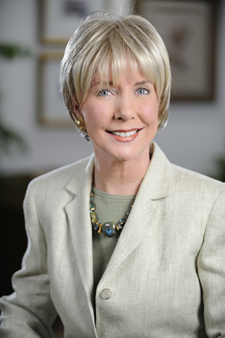 Joni Eareckson Tada, the founder and Chief Executive Officer of Joni and Friends International Disability Center, is an international advocate for people with disabilities.

A diving accident in 1967 left Joni Eareckson, then 17, a quadriplegic in a wheelchair, unable to use her hands. After two years of rehabilitation, she emerged with new skills and a fresh determination to help others in similar situations.

During her rehabilitation, Joni spent long months learning how to paint with a brush between her teeth. Her high-detail fine art paintings and prints are highly sought-after.

Her best-selling autobiography "Joni" and the feature film of the same name have been translated into many languages, introducing her to people around the world. She also has visited more than 45 countries.

Joni and Friends International Disability Center was founded in 1979 as she and her friends responded to the many questions and needs pouring in from families affected by disability who had read Joni’s books or had seen the movie of her life.

She has served on the National Council on Disability and the Disability Advisory Committee to the U.S. State Department. This year, she is serving as Honorary Chair of the National Day of Prayer, which is May 5, 2011.

She is Senior Associate for Disability Concerns for the Lausanne Committee for World Evangelization and serves in an advisory capacity to the American Leprosy Mission, the National Institute on Learning Disabilities, Christian Blind Mission International, as well as on the Board of Reference for the Christian Writers Guild and the Christian Medical and Dental Society. After being the first woman honored by the National Association of Evangelicals as its "Layperson of the Year" in 1986, Joni was named "Churchwoman of the Year" in 1993 by the Religious Heritage Foundation.