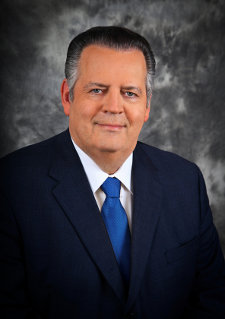 Dr. Richard Land has served as president of the Southern Baptist Convention's Ethics and Religious Liberty Commission since 1988. During his tenure as representative for the largest Protestant denomination in the country, Dr. Land has represented Southern Baptist and other Evangelicals’ concerns in the halls of Congress, before U.S. Presidents, and in the media. As host of For Faith & Family and Richard Land LIVE!, two nationally syndicated radio programs, Dr. Land speaks passionately and authoritatively on the social, ethical, and public policy issues facing our country. Dr. Land’s latest book, The Divided States of America? What Liberal and Conservatives Get Wrong About Faith and Politics is published by Thomas Nelson.