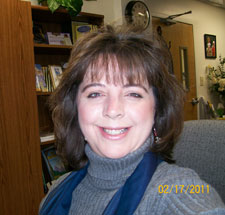 Tresia Johnson has served as Project Coordinator for Joni and Friends Ohio since March 2008. Tresia’s experience with persons affected by disability began as a child; both her mother and brother have cognitive disabilities. Mrs. Johnson became involved with kids and their parents who were part of a disability program through her local public school as a teacher’s aide and that interest continued to grow as she saw ways to serve others including as a missionary leader in Honduras. Tresia has earned the equivalent of an Associates Degree in Business Administration through hands-on work and classes from Bradford Business School, Ohio State University, and Fresno State. Tresia has been married to her husband Tim for 10 years and they have a son, Zachary, who is a first grader. She is an active member of Mt. Zion Church in Xenia.