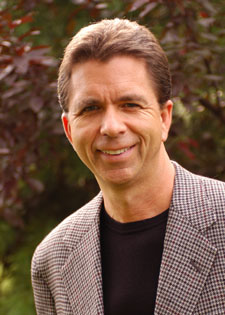 His first book, The Power of an Ordinary Life was published by Tyndale Publishers in August 2007. Additionally, he was a contributing author to Parents and Teenagers, Parents and Children, and Moving Beyond Belief.

Harvey and his wife, Rita, were married in 1982 and they have two daughters, Rebecca and Rachel.