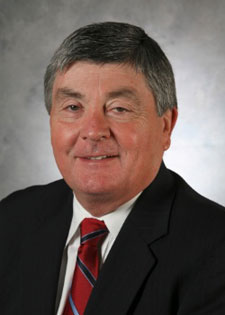 Mac McQuiston’s career in Christian leadership spans 45 years and encompasses key roles in some of America’s most recognizable and influential Christian ministries.

After graduating from Indiana Wesleyan University, Mac went to work for World Wide Pictures in association with the Billy Graham Organization. He then served as Senior Vice President for Chuck Swindoll’s Insight for Living ministry. And in 1977, he joined Focus on the Family as one of the original board members and a signatory of Focus’ incorporation. He became Vice President of Administration and Development and helped launch Dr. James Dobson’s City Wide Seminars in 1977 and Dobson’s first film series in 1978. He held increasingly responsible positions within Focus during his 21-year tenure with the ministry.

When the CEO Forum was launched within Focus on the Family in January of 1995, Mac was appointed its President/CEO, a role he has filled ever since. In 2005, the CEO Forum became an independent organization headquartered in Colorado Spring, Colorado.

In addition to providing executive leadership to the Forum, Mac personally serves as spiritual mentor to a number of Forum members. In August 2011, he received an Honorary Doctor of Divinity Degree from his alma mater, Indiana Wesleyan University.

Mac and his wife Karen have two daughters and four grandchildren and reside in Colorado Springs, Colorado.