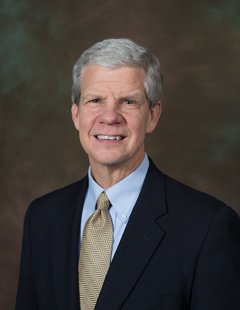 Dr. William E. Brown became president of Cedarville University in June 2003, following a 10-year presidency at Bryan College in Dayton, Tenn. A graduate of the University of South Florida, Brown holds a master of theology degree and Ph.D. from Dallas Theological Seminary.

As a nationally recognized expert in worldview, Brown has authored three books — Making Sense of Your Faith; Where Have All the Dreamers Gone? Observations from a Biblical Worldview; and Making Sense of Your World with Gary Phillips — and more than one hundred articles for journals, magazines, encyclopedias, and newspapers. He is also the executive producer of re:View, a film series which helps students discern culture (www.re-films.com).

Most recently excerpts from Brown's book "Where Have All the Dreamers Gone?" have begun to reach thousands of new readers. Fifty-three selections from Brown's book appear in the new Impact Student Leadership Bible, a project that incorporates hundreds of articles, notes and study aids aimed at developing a balanced Christian worldview.

Brown holds memberships in organizations such as the Society of Christian Philosophers, the Evangelical Philosophical Society, and the Evangelical Theological Society. He has also lectured internationally in Europe, the former Soviet Union, and South America.

Married since 1976, Brown and his wife, Lynne Jones Brown, are the parents of April and Alex.