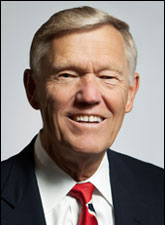 Dr. Barry Asmus speaks, writes, and consults on political and business issues facing America. Recognized for his views on making the U.S. a world-class competitor, he was twice voted the Outstanding Professor of the Year, as well as honored with the Freedom Foundation at Valley Forge Award for Private Enterprise Education. Dr. Asmus is a Senior Economist with the National Center for Policy Analysis. The NCPA promotes private sector, market-based solutions. Dr. Asmus has been speaking to audiences in the U.S. and the world for over twenty-five years. 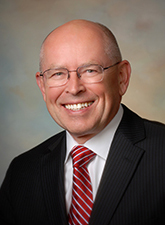 Dr. Wayne Grudem is Research Professor of Theology and Biblical Studies at Phoenix Seminary in Phoenix, Arizona. He received a B.A. from Harvard University, a M.Div. and a D.D. from Westminster Seminary, Philadelphia, and a Ph.D. (in New Testament) from the University of Cambridge, England. He has published twenty books, including his newest book, The Poverty of Nations: A Sustainable Solution, which was published in August, 2013. He was also the General Editor for the 2.1 million-word ESV Study Bible (Evangelical Christian Publishers Association Book of the Year and World magazine book of the year, 2009). He is a past president of the Evangelical Theological Society, a co-founder and past president of the Council on Biblical Manhood and Womanhood, and a member of the Translation Oversight Committee for the English Standard Version of the Bible. He and his wife Margaret have been married since 1969 and have three adult sons.