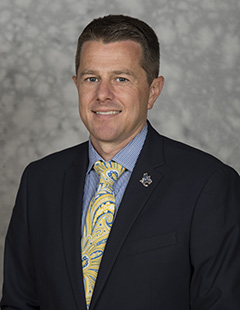 Pat Estepp has been the head men’s basketball coach at Cedarville University since the 2008-09 campaign. He has guided his alma mater to five 20-win seasons and five national tournament appearances.