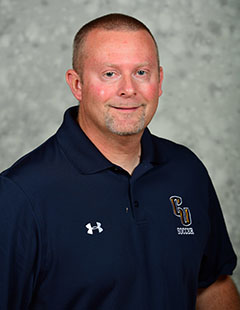 Meade comes to the campus with 16 years of head coaching experience including the last eight at NCAA Division II Ohio Dominican University in Columbus where he guided the Panthers to a 78-37-16 record.

Meade led Ohio Dominican to a record-setting 15-5-1 record in 2014. That year, the Panthers won the Great Lakes Intercollegiate Athletic Conference regular season title and achieved a bid in the NCAA Tournament.

Meade is a 1995 graduate of MVNU where he was a four-year letter winner on the men's soccer team.