Series to Address a Biblical Response to Poverty

What should our attitude be toward poverty? Despite clear instructions—even mandates—throughout the Bible, our responsibility toward the poor and oppressed still remains a topic of heated discussion, even among church-goers.

With that in mind, Cedarville University has invited Jim Wallis and Marvin Olasky to present their perspectives in a moderated discussion titled "A Critical Evaluation of Christian Responses to Poverty and Affluence" on Thursday, March 11, at 7:30 p.m.

"I'm excited to see this generation of college students more engaged in discussions about race, poverty, and care for the people who are most vulnerable among us," shares Dr. Carl Ruby, vice president for student life at Cedarville. "Sadly, too many people perceive evangelical Christians as being pushy about a political agenda, rather than truly compassionate toward those in need. I think this generation of students wants to change that perception."

Jim Wallis is a bestselling author, theologian, speaker, and international commentator on ethics and public life. While studying at Trinity Evangelical Divinity School (Ill.), he and several other students started "Sojourners," a magazine focusing on the Christian commitment to social justice. He currently serves as the president and CEO of Sojourners, a national faith-based organization whose magazine has a readership of more than 250,000.

Wallis frequently appears on radio and television shows such as "Meet the Press," "Hardball" and "The O'Reilly Factor," and on National Public Radio. His columns appear in major newspapers, including "The Boston Globe," "The New York Times," "The Washington Post," and "Los Angeles Times." Wallis has recently been named to serve on the White House Advisory Council on Faith-Based and Neighborhood Partnerships.

Dr. Marvin Olasky is the provost of The Kings College-New York City, editor-in-chief of "WORLD Magazine," and senior fellow with the Acton Institute. He has also served as an informal advisor to Newt Gingrich and George W. Bush.

Olasky has written 21 books, including "Compassionate Conservatism," "The American Leadership Tradition" and "The Religions Next Door." "Philanthropy Magazine" named his book "The Tragedy of American Compassion" one of eight books that changed America. He has also written 2,400 articles for publications such as the "The New York Times," "The Wall Street Journal" and "The Washington Post."

This event is part of the University's Critical Concern Series, which brings in noted scholars to biblically analyze contemporary issues. Cedarville University President Dr. Bill Brown will set the tone for the conversation during an opening session at 1 p.m. To register visit: www.cedarville.edu/criticalconcern. 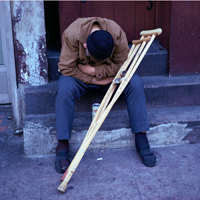