Cedarville University welcomes Michael Pahl, Ph.D., to the department of biblical and ministry studies. Pahl will be serving as associate professor of theological studies.

Pahl earned his Bachelor of Religious Education from Prairie Bible College in Canada, his Master of Divinity from Prairie Graduate School and his doctorate in theology and biblical studies from the University of Birmingham in the United Kingdom. He had been pursuing several academic programs, including predentistry, music and English, before he decided on biblical and theological studies.

Pahl enjoys studying theology and has published several books, articles, essays and book reviews throughout his career. He spent 12 years teaching in undergraduate and seminary settings and then served two years as a pastor, but this experience confirmed for him that his true passion is teaching in academic settings. When one of his friends began teaching at Cedarville, Pahl heard about the great students, colleagues and facilities and became interested in the University.

“When a position in theological studies opened up, I thought I would throw my hat into the ring and see what happened,” said Pahl. “There were times when my family and I weren’t sure it could work out, but at every step God opened the doors for us to walk through.” 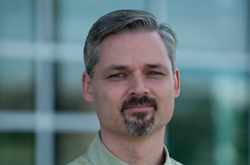