Begun in 2007 by Steve Winteregg, D.M.A., current dean of the Cedarville University School of Humanities, this scholarship program—funded by the proceeds from the concert—is given to music students who demonstrate need.

“We organize this concert for three reasons,” says Beth Porter, chair of the department of music and worship and associate professor of music. “First, to expose our students to the masterworks in choral orchestral literature. They need the experience of learning and performing great artistic music. The second is to provide our community with the opportunity to hear the music of the masters. And the third is to help students financially by raising funds through the tickets sales.”

Under the direction of Maestro Carmon DeLeone, the 150 voice Masterworks Chorus and Masterworks Orchestra will perform pieces such as Leonard Bernstein’s “Chichester Psalms,” selections from Bernstein’s “Candide,” and Aaron Copland’s “Fanfare for the Common Man.”

“Not only is the Masterworks Concert an exciting opportunity to witness the talents of the music department in one concert,” says senior music performance major Audrey Hebson, “but it's also a great chance to hear some of the most creative and beautiful American music ever composed.”

This year’s concert takes place on March 25 at 7:00 p.m. in the University’s Dixon Ministry Center. Regular tickets are $10, and student tickets are $5. Tickets for children under 12 are free. 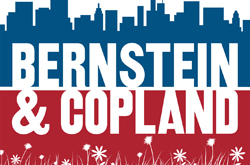