After making history by producing the first short film entirely shot and edited using Apple’s iPhone 4, Mike Koerbel ’00 and his colleagues at Majek Pictures are pushing limits for creating and distributing media. Majek has been releasing a weekly series of three-minute episodes, titled Goldilocks, which is gaining national attention:

Mike is completing a graduate degree from the University of Southern California’s School of Cinematic Arts. He and his co-writer launched a production company, Majek Pictures, and have a 3iD project scheduled for filming this fall.

Read about the Macworld Expo where Koerbel will be speaking » 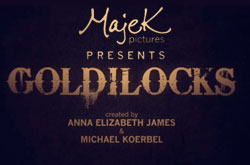