Ken Ham, president and co-founder of Answers in Genesis and visionary behind the Creation Museum near Cincinnati, is coming to Cedarville on August 31.

Ham is a best-selling author of books, including The Lie and Already Gone, as well as a popular speaker and host of a daily radio feature on more than 1,000 stations. A native of Australia, he earned his bachelors in applied science at the University of Queensland before beginning his initial career as a science teacher in Australias public schools. He and his family moved to the United States in 1987 so Ham could work with Dr. Henry Morris, founder of the Institute for Creation Research, and serve as a speaker popularizing ICRs message. Ham founded Answers in Genesis in 1994 and the Creation Museum opened in May of 2007. 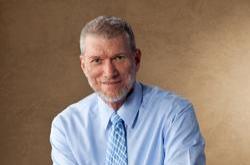 Ken Ham, president and co-founder of Answers in Genesis and visionary behind the Creation Museum near Cincinnati.