Cedarville University welcomes one of the world’s most celebrated Irish-American fiddlers for a day of music on November 18. Winifred Horan will present a concert at 12 p.m. in the Dixon Ministry Center Recital Hall, masterclass sessions in the afternoon and a traditional Irish music session in the evening.

Born and raised in New York City to Irish parents, Horan began fiddle and dancing lessons at an early age, participating in many competitions throughout the United States and Ireland. At the age of 11 she won the All-Ireland Championship on fiddle. She also won the US National Dance Championships for a record nine years in a row.

Horan attended Mannes College of Music in Manhattan as a teenager and graduated with a degree in music from the New England Conservatory of Music in Boston. Her blend of traditional and classical background defines her unique and individualistic musical style.

She collaborated with multi-instrumentalist Seamus Egan to produce Solas, the critically acclaimed Irish-American band renowned for their stunning performances and extraordinary musicianship.

Cedarville invites the community to experience a day of Irish-American music on November 18. Horan will present a concert at 12 p.m. in the Recital Hall of the Dixon Ministry Center. She will also be presenting masterclasses at 3 p.m. and a traditional Irish music session at 8 p.m. All events are free and open to the public. 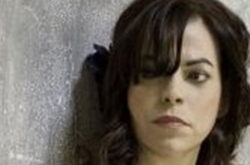