Alumnus Behind Film's Success in Brazil

Uptone Pictures film “Destiny Road,” produced by Michael Davis ’90, surpassed the average attendance of the James Bond movie “Skyfall 007” during the first week of its debut in Brazil.

Davis said that since the film’s release on Nov. 2, over 150,000 people have watched it, and for over nine days every showing in 55 theaters was sold out. “The significance of all this is that it is the first time in the history of Brazilian cinema that a Christian or faith-based film was released nationally to 55 theaters,” Davis said. “No other faith based film has done so well.”

Davis graduated with a degree in broadcasting from Cedarville in 1990 and founded Uptone Pictures in 2000 to create high quality feature film, television, web and mobile content. His education at Cedarville helped prepare him for his career as a film producer. “The communications program gave me a great basis technically from which I have grown all these years later,” Davis said.

Uptone Film’s passion is to use imagination and creativity to bring real-life stories to the screen, and “Destiny Road” does just that. “The most important thing about the film is that it is real,” Davis said. “It’s about three people and how they deal with life, how they deal with making mistakes, asking for forgiveness, repenting and starting anew. These are things that we all face daily, and I think that’s why the characters and stories are so relatable to people.”

Davis said that Uptone Pictures is now talking to distributors in the U.S. and other countries for a 2013 release.

Uptone Pictures is currently producing a new film titled “A Long Way Off,” which is the modern-day story of the prodigal son. Uptone Pictures is located in North Carolina. For more information about its films, visit the Uptone Film website. 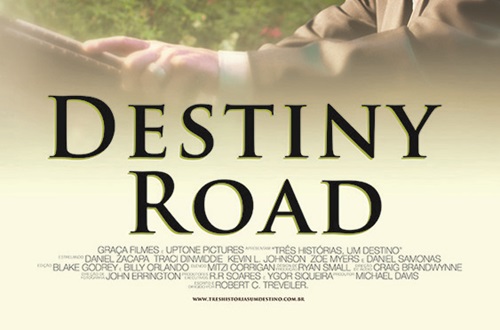