Assistant professor of music Patrick Anderson will lead worship with his band, Enfield, at the Reclamation Project Conference in California on Oct. 25 and 26.

Anderson is a founding member of the Los Angeles-based band, which is named after the town where Jonathan Edwards preached his famous sermon, “Sinners in the Hands of an Angry God.” The group came together at Grace Community Church in Sun Valley, Calif.

“It grew out of serving at church every week,” Anderson said. The band also has many other engagements throughout the year.

In 2010, Anderson joined Cedarville’s faculty in the department of music and worship and moved to Ohio. He still travels with Enfield, though, and flies to California to record with them.

Anderson said he has played with some of the band members for nearly a decade.

“We had that musical relationship,” he said, “so we were able to keep it going.”

Enfield released its sixth album in August, and Anderson said he will be joining the band for travel engagements throughout the summer.

Anderson has also performed throughout the U.S. and abroad as an award-winning guitarist and is finishing his Doctor of Musical Arts in music performance through the University of Southern California. 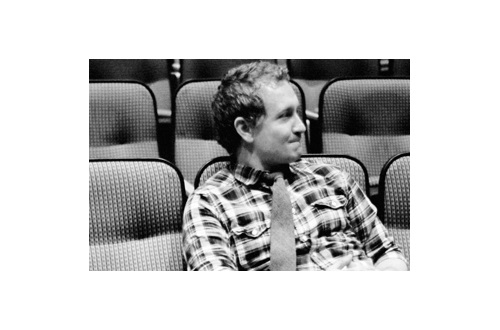 Assistant professor of music Patrick Anderson will lead worship with his band, Enfield, at the Reclamation Project Conference in California on Oct. 25 and 26. Photo courtesy of Patrick Anderson