Kucharski has a Master of Fine Arts in costume design from the University of California and has mostly worked in Los Angeles. He has designed costumes for Disneyland as well as award-winning film and theater productions.

Kucharski said he never intended to move to the Midwest but was impressed by Cedarville’s theatre program.

“I was really blown away by the people and what they’re doing here,” he said.

Associate professor of theatre Matthew Moore said Kucharski will strengthen the program by adding costume design to the University’s excellence in acting and set design.

“He’s already had a big impact on the department,” Moore said.

Moore said that having a faculty member devoted to costume design will allow the theatre department to offer more courses and serve more students.

Kucharski said Cedarville students have an incredible number of opportunities because they are so close to large cities like Columbus and Dayton.

“There are a ton of arts around here,” he said.

Kucharski plans to continue working as a professional designer and said he hopes to make connections for students through his work with theaters in the area.

Kucharski will also be the costume designer for Cedarville’s production of “Joseph and the Amazing Technicolor Dreamcoat” this winter. 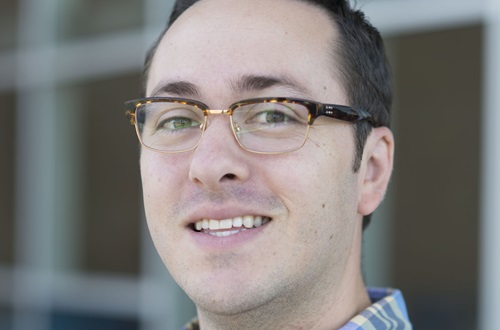