Cedarville University senior Kristin Troyer has received the 2013 Bailey Prize for creative nonfiction. Her piece, titled “I Am Elizabeth Proctor,” will be published by the Swedenborg Foundation Press in the 2013 edition of “The Chrysalis Reader,” along with the winning poem by a University of Texas student.

Troyer is a theatre and worship major from Elida, Ohio, with minors in creative writing and church music. She said her piece was inspired by her experiences playing Elizabeth Proctor in Cedarville’s production of “The Crucible.”

“It started because I was really frustrated that I couldn’t cry onstage,” Troyer said. “It’s me trying to figure out why I am who I am.”

Troyer’s piece explores her emotions as the character Elizabeth Proctor, as well as her real-life experiences when her dad was diagnosed with cancer.

Troyer is Cedarville’s second creative writing student to win a national award this year. She said her writing classes have been challenging because the professors push students for quality work. Troyer said this is especially true of Kevin Heath, chair of the department of English, literature and modern languages, who nominated her for the Bailey Prize.

“I love being pushed in my abilities,” Troyer said. “If it’s not working, he’ll let you know, and I appreciate that.” 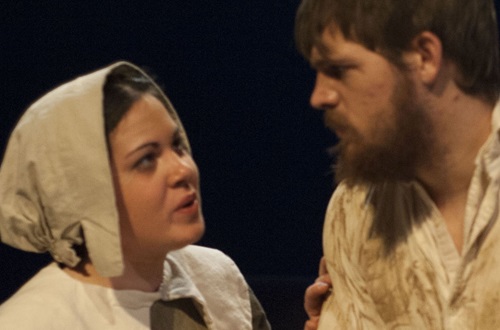