Cedarville University welcomed new and returning students to campus on August 17-19 through its Getting Started Weekend.

The weekend included orientation sessions for new students and parents, helping students make the transition to the University. This year Cedarville welcomed the third largest freshman class in its history.

Often referred to as one of the most memorable experiences students have at Cedarville, Getting Started Weekend was a hit once again.

Classes began for most students on Wednesday, August 22. 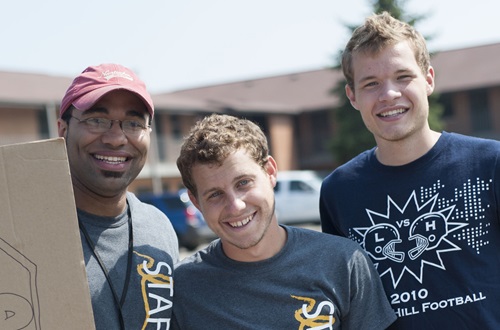