Computer science senior Zach Schneider and global economics and international business sophomore Whitney Snowden received a fifth place open team award. They are now currently ranked 13th in the nation in the National Parliamentary Tournament of Excellence rankings out of over 510 teams.

Cedarville University’s debate team is comprised of students from a variety of majors, backgrounds and ages. The team competes with colleges and universities across the United States through the National Parliamentary Debate Association, the largest debate organization in the country, and the team competes in 14 tournaments each season.

“Last year we finished 10th in the nation overall out of 252 schools in the National Parliamentary Debate Association,” said Mark Bentley, debate coach and instructor of communication. “That is a significant accomplishment for our University and our students.”

Students may apply for debate team scholarships, which range from $500 - $2,000. For more information about Cedarville’s team and the scholarship, visit the financial aid website. 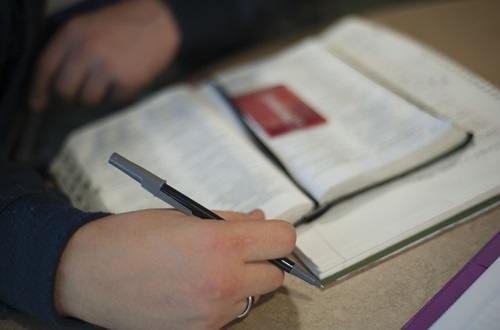