Nationally known writer Dinty W. Moore visited Cedarville’s campus on Monday, April 16. Moore conducted a masterclass in creative writing and performed a reading of his work later in the day.

Kevin Heath, Ph.D. and professor of English at Cedarville, said Moore is a relevant figure in contemporary creative nonfiction: “He’s equal parts author, editor and the head of Ohio University's creative writing program, which has become one of the more respected programs in the country,” he said. “As a writer, he's loose, funny and culturally aware.”

The masterclass was open to standing room only. Moore gave a brief talk on the creative nonfiction genre and the role of truth and memory in it. He also talked about the difference between situation and story in this genre.

Moore led the group in a writing workshop that focused on the creative nonfiction short story. “He coached us through a series of prompts that then became a numbered and segmented prose poem,” Heath said. “It was a kind of literary magic trick and a nice way to make a piece of writing sneak up on you — to be less premeditated, more surprising — and to have it suggest rather than directly state meaning.”

Moore later read for 45 minutes, took questions from the audience, signed books and mingled with his audience following the reading.

Dinty Moore is author of numerous books, including “The Mindful Writer: Noble Truths of the Writing Life” and the memoir “Between Panic and Desire,” winner of the Grub Street Nonfiction Book Prize. Moore has published essays and stories in The Southern Review, The Georgia Review, Harpers, The New York Times Sunday Magazine, The Philadelphia Inquirer Magazine, Gettysburg Review, Utne Reader and Crazyhorse, among numerous other venues. He serves as the director of Ohio University's creative writing program and lives in Athens, Ohio. Besides being an established writer, Dinty W. Moore is the editor of a well-regarded literary journal called Brevity, which publishes short-form creative nonfiction.

“I always consider these events a success because they put our students in contact with well-known, well-regarded figures in the contemporary literary scene,” Heath said. He said it is a high priority for the department of English, literature and modern languages for students to not only hear writers reading their work but also to interact with them in a masterclass setting. The department has done this annually for the past 11 years.

Since 2001, the department has hosted several well-known authors. The list includes a four-time O’Henry short story winner, a writer named by Granta magazine as one of America’s 21 Best Young Novelists, a winner of the Paris Review prize for poetry, a winner of the Asian American Literary Award, a leading Caribbean poet whose work for a documentary on AIDS in Jamaica won him an Emmy, two Pulitzer Prize finalists in poetry, one Pulitzer Prize winner in fiction and one U.S. Poet Laureate.

“All of the writers worked directly with our students,” Heath said. “They weren't just speakers behind a podium.” 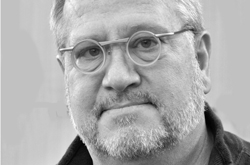