Cedarville University’s solar boat team has received a declaration from the Ohio Senate congratulating the team on its performance in the 2012 DONG Energy Solar Challenge in the Netherlands.

Competing in the Top Class category, the highest tier of competition, Cedarville was the only team from the United States to participate in the challenge.

The Senate declaration states that the members of the team “are a remarkable group of engineering students, combining talent and competitive spirit with exceptional knowledge.” It goes on to state that the team “displayed a degree of determination and motivation of which they can be proud . . . the maturity and experience the members have gained through their participation in the DONG Energy Solar Challenge will greatly aid them in meeting challenges of the future.”

“The declaration from the Senate confirms the magnitude of this accomplishment,” Dewhurst said. “It also reiterates the University’s top-notch engineering education and dedication to providing a quality engineering program for its students.” The solar boat team was also recognized by the Senate in 2011 and the state House of Representatives in 2009 for the team’s performance in the Solar Splash World Championships in those years. 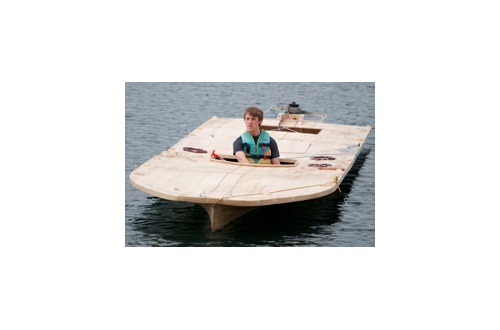