Equipping Students with Excellence in Music and Worship

Serving as assistant professor of music at Cedarville University, Patrick Anderson brings a unique set of talent, skill and vision to the worship program at this Christian university in Ohio.

Anderson is also a founding member of the band Enfield, a contemporary worship band originally formed to lead worship at a youth conference in California called Resolved. Since its inception Enfield has produced five albums and has become an example for other musicians in combining excellence in musicianship with doctrinally strong lyrics.

Currently teaching contemporary music theory, worship practicum and guitar lessons and working as a coach for worship bands at Cedarville, Anderson’s goal is to train students and musicians to serve in their local churches by using their musical gifts.

Using the example of Johann Sebastian Bach, Anderson pointed out that Bach’s superior music was originally designed for the church and is still revered today as a standard of excellence in the arts.

“Christian musicians must be prepared to edify the community with that same kind of talent, both musically and in leading worship,” Anderson said.

Anderson also stresses the need for musicians to understand the importance of song choice and the impact that this can make in the lives of individuals.

“Christian musicians must strengthen the focus on the proclamation of music through strong song choices and Scripture, never forgetting that their purpose is to train people and to serve the church with the things they say, songs they choose and the way that they serve, all for the sole purpose that God would be magnified.”

Along with his teaching career, Anderson continues to perform with Enfield and lead worship with the band by traveling back to California occasionally for conferences and gatherings.

Recently, Anderson took part in the production of “The Gathering,” Sovereign Grace Ministries’ newest album that was released in November 2011. He was one of the guitarists on this internationally released album. In addition, Anderson presented several seminars on guitar, voicing and chords at the Worship God conference in Maryland in August 2011.

Anderson is also a member of The Demerits, a traditional Irish, bluegrass and roots musical group at Cedarville.

Recognized for his unique talent and diverse style, Anderson has won numerous awards such as first prize at the 2002 ASTA (American String Teachers Association) Los Angeles Guitar Competition as well as at the 2003 Mid-America Chamber Music Competition at Elmhurst College in Illinois.

Anderson currently serves as the worship leader at a Sovereign Grace Church plant of Dayton and lives in Xenia with his wife and their son. 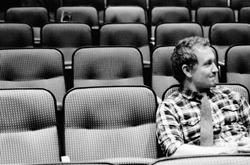