CEDARVILLE, OHIO -- Having invested more than 25 years as part of the Cedarville University staff and administration, including the past 12 years as vice president for student life, Dr. Carl Ruby today announced his decision to conclude his service in the role of vice president for student life, effective June 30, 2013. He will be pursuing new career opportunities outside the University.

“As difficult as this has been, I believe that God orders the timing of these kinds of changes,” said Ruby. “I have more than 30 years of great memories, either studying or working at Cedarville University. My prayer is that God will continue to bless Cedarville, filling it with people who are like Jesus.”

As part of this transition, Dr. Ruby will hand-off his responsibilities later this month.

“Known for his passion for students and his innovative, caring leadership of the student life area, Dr. Ruby’s influence on the Cedarville culture has been profound,” said John Gredy, Ed.D., provost. “His oft-spoken prayer that Cedarville University would always look more like heaven is reflective of his time of service.”

Dr. Ruby has been strategic and instrumental in the University’s progress toward building a multicultural community. His greatest accomplishments center on students success and development. As vice president, he implemented a redemptive approach to discipline that encouraged grace and forgiveness, while helping students gain excellent counseling with life’s everyday problems.

In recent years, Dr. Ruby became a strong advocate for immigration issues, most visibly through the Critical Concern Series’ G92 Immigration Conference, a lecture-type format that brought nationally known speakers to campus. He followed up the immigration conference by participating in a roundtable discussion at the 2012 Midwest Summit in Indianapolis. This event brought evangelical leaders together for the purpose of uniting for bipartisan, comprehensive immigration reform.

Dr. Ruby was also responsible for reshaping the University’s student handbook, an accomplishment that was introduced at the start of the current academic year. The core of Cedarville’s approach to student life is captured in the phrases: love for God, love for others, integrity in conduct, and excellence in effort. The University is committed to continuing the priorities established during Dr. Ruby's tenure.

Dr. Ruby began working at Cedarville in 1983 in the admissions office. He also held positions in institutional advancement before taking roles in student life. In 1993 he was promoted to associate dean of students, a position he held until assuming the vice presidency of student life in 2000. Dr. Ruby earned his bachelor’s degree in psychology from Cedarville University, a master’s degree in clinical psychology from Wheaton College, and a Ph.D. in higher education administration from Ohio University. Dr. Ruby has been published in Leadership Journal and in the NASPA (National Association of Student Personnel Administrators) Journal and he is a current member of the Chief Student Development Officers Council of the Council for Christian Colleges & Universities. 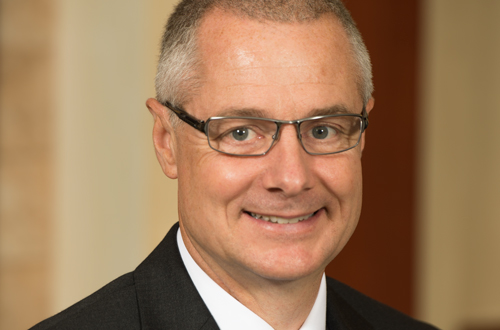