Peter Muncy is a senior sociology student at Cedarville University and a member of the Air National Guard. What makes his story unique, however, is his decision to research his senior capstone project while deployed in Iraq.

“I joined the Air National Guard following my freshman year at Malone College (now University), because I come from a rich military background and wanted to do my part in being part of that legacy,” Muncy said. “It also didn't hurt that it had the potential to help pay for college. The decision to do my research while deployed was a no-brainer.”

As part of his graduate requirement, Muncy had to complete a senior capstone project and chose to conduct his research while he was deployed in Iraq. He interviewed his fellow service members and interviewed them again after they returned to the U.S. His project, titled “Function and Deployment Process through Re-Entry for National Guard and Reserves,” thoroughly examined the lives of Air National Guard men from their pre-deployment preparations all the way through their re-entry into the civilian life.

Susan Warner, Ph.D., professor of sociology at Cedarville, says of Muncy: “I was not so much surprised by his idea for his senior research as I was impressed. It was an ambitious undertaking and also a very exciting prospect from a research perspective.”

Muncy particularly appreciated the opportunity to research his fellow Air National Guard members because he feels that most people do not understand what service members do. “The fact that many of these individuals are traditional guardsmen (one weekend a month) and for the most part have civilian careers was what made it so interesting” Muncy says. “The expectations are the same for these men and women as they are for their active-duty counterparts.”

Muncy was particularly surprised by the humility these men and women in the armed services showed. The service members, instead of promoting themselves as heroes, credited their families for supporting them while they were deployed.

“My education in sociology played a huge role in the entire research project,” Muncy states, “and I owe most of that to Dr. Susan Warner and Dr. Bob Parr here at Cedarville. Without their instruction and help, I would not have been able to see how I could apply sociological theories with my particular project.” 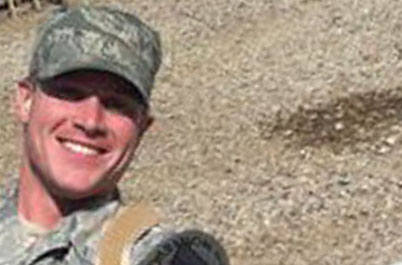 Peter Muncy, a sociology student at Cedarville University, researched his senior project while deployed in Iraq.