While in Amman, Pilet has continued to study Arabic as well as traveling to Turkey, Israel, and Petra -- one of the new Seven Wonders of the World.

For this scholarship, she has been collecting footage for a documentary on the Middle East to present to the State Department when she returns to the U.S.

“I have already interned for a government office in the States, so being able to grasp some more Arabic language is going to help me a lot for furthering a career with the government.” Pilet has also gained understanding of women's rights in the Middle East, “I felt that I needed to experience firsthand what the women are going through here. I have seen and learned so much.”

Pilet said learning a language like Arabic often feels like an uphill battle. She found that focusing on the small successes in communicating kept her encouraged. “Anytime I am able to get the taxi to go where I actually wanted, I always feel successful,” she said.

The Arabic classes Pilet took at Cedarville prepared her with a solid foundation in the Arabic language. After taking Arabic classes, Pilet said, “I could read and write the language and knew how to craft sentences.”

Elizabeth Wright, Ph.D., adjunct professor of English literature and modern language, said, “The Middle East Studies minor provides students with basic information about the Middle East, which gives them a framework of knowledge that they can add to while they are abroad.”

“The Middle East is endless with exciting things to see, do, and eat. Every day is an adventure.  I have learned that it is important to get out and just experience the things happening around me,” said Pilet. 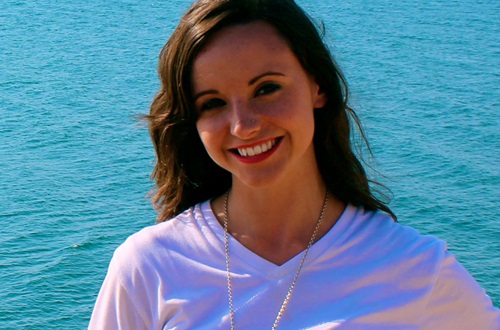