The Ethics of Obamacare: A Post-election Perspective

The Patient Protection and Affordable Care Act (H.R. 3590) is now a reality. If there were any doubts about this fact, they have been dispelled by the re-election of Barack Obama. It used to be pejorative to call the new health law “Obamacare,” but that is a label the Democrats are happy to claim as one of the major accomplishments of the President’s first term.

But the nation is still in turmoil. The national debate over health care reform has been one of the most divisive issues in our modern public discourse. One reason for this is that people often start discussing political solutions without really understanding the issues. The politics are messy, but the ethical issues at stake are critically important. Without rancor or political posturing, let’s take a look at the ethical problems in our current health care system and see how Obamacare may help.

First of all, let’s examine what is going well. The modern system of physicians and hospitals in America is the most sophisticated in the world. It has a strong private sector orientation, which facilitates ready access and encourages ongoing innovation. Highly trained specialists are readily available in most regions of the United States.

However, the modern health care system is terribly inefficient and costly. Preventable illness makes up about 80 percent of the burden of illness, 90 percent of all health care costs, and accounts for eight of the nine leading categories of death. The United States spends more on health care than any other industrialized nation in the world, and yet its citizens are not the healthiest.

Access to health care is another big problem. Despite expenditures in excess of $1 trillion, the number of people without health insurance continues to increase – now up to 16 percent of our population. If the underinsured are added, Americans with inadequate health insurance rises as high as 25 percent.

Of course, providing adequate health care for U.S. citizens is consistent with our common duty to show compassion and mercy for those who suffer. And health is more than the absence of disease. From the Judeo-Christian heritage, the Hebrew word “shalom” describes the essence of health as wholeness, completeness, and well-being. Shalom is often used as a blessing or greeting, and implies both physical and spiritual aspects. The goal of shalom is the restoration of bodily and spiritual integrity in the face of suffering.

This idea is not only a biblical one, but it has found its way into secular health concepts as well. For example, Article 25 of the United Nations’ Universal Declaration of Human Rights states, in part: “Everyone has the right to a standard of living adequate for the health and well-being of himself and of his family.”

Yet not everyone has this right. The lack of social justice in health care is a matter that should concern every one of us. We cannot claim that we have no responsibility to the uninsured and underinsured among us. Every one of the “haves” has a duty to the “have-nots.” Social justice demands it, and if we callously make no provision for the poor and the needy, our nation cannot claim to offer “equal justice for all.” Inequality of access is one of the major ethical issues.

Another major ethical concern is cost. Why is health care so expensive? The reasons are complex. First, the “baby boom” generation is now approaching retirement age – and boomers are straining the system. Tobacco and alcohol abuse are rampant, and we have a nationwide epidemic of obesity. In addition, the United States has become a litigation-prone society. The malpractice crisis has driven up health care premiums, with an associated tendency toward “defensive medicine.” Adding to the problem is the current economic recession, with its associated high unemployment rate.

So, how does Obamacare handle these issues? The following list provides some of the basics of the new health care law:

Most of the provisions of the new law take effect in 2014.

Yet, as discussed earlier, the issues are deep and complex. Before believing that the new law will necessarily solve our modern heath care crisis, it is important to consider  some limitations and problems with Obamacare:

The Affordable Care Act remains unpopular with a large number of Americans, many of whom regard it as an intrusion of government into private enterprise. Implementation of the new law will therefore be contentious and difficult.

Solving these problems will demand more than politics as usual; it will require an ethical impulse on the part of every American. This will entail good faith efforts and willingness to compromise, and all of us should get involved. Quite frankly, our political representatives need us to remind them of our duty to all citizens. And they need to remember the primary purpose of health care is to help to restore shalom. 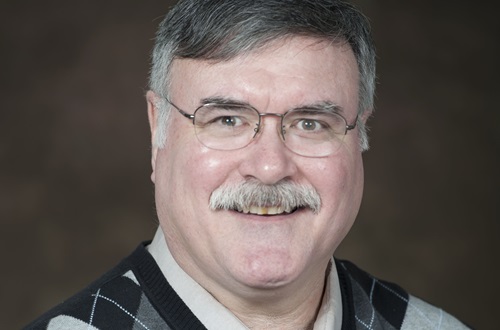