Average Americans are generations removed from family farms, and most don’t understand the important role American farmers play in the nation’s economy. Many have no idea what it takes to harvest the crops that end up on their dining room table.

The Great American Wheat Harvest (to be released in 2014) tells the story of hardworking men and women who travel from the heart of Texas to the Canadian border harvesting the wheat that feeds our great country and the world.

We take it for granted that our food magically appears on our table. It’s important to keep telling the story about the farmers and harvesters who work to make our food supply safe, abundant, and affordable. 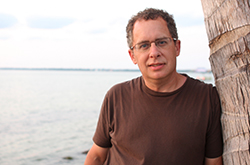 Conrad Weaver’s documentary, to be released in 2014, has already won a silver Telly Award for its trailer.