Cedarville University’s theatre program recently received 12 DayTony Awards for its 2011-2012 productions. The awards are presented each year by the Dayton Theatre Hall of Fame to Dayton-area theaters in recognition of outstanding performance and design.

All three of the University’s theater productions were represented in the awards given to Robert Clements, associate professor of theatre, Donald N. C. Jones, associate designer, and seven students. The productions included “And Then There Were None,” “The Crucible” and “The Star-Spangled Girl.”

Cedarville’s 2012-2013 theater season will offer a diverse selection, including “Over the River and Through the Woods,” “Joseph and the Amazing Technicolor Dreamcoat” and “Tartuffe, or the Impostor.” 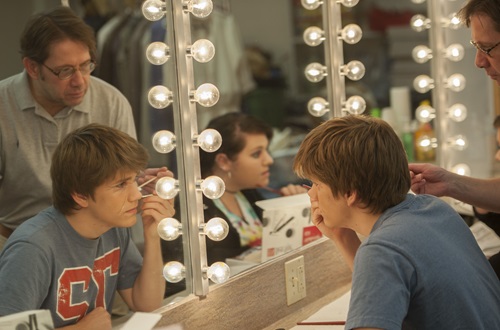