The Cedarville University School of Pharmacy’s Doctor of Pharmacy program has been granted Candidate status by the Accreditation Council for Pharmacy Education (ACPE). The action was taken by the ACPE Board of Directors at its June 19-23 meeting based on a review of the evaluation team report from its visit to Cedarville’s campus on April 16–18.

“This is a landmark decision for the School of Pharmacy at Cedarville University because, according to ACPE, our graduates should now have the same rights and privileges of those graduates from a fully accredited program , said Marc Sweeney, dean of the Cedarville School of Pharmacy. “This decision positions our doctoral graduates to be eligible to become licensed pharmacists in all 50 States.”

Cedarville University has offered a prepharmacy curriculum for more than 40 years and a uniquely-designed curriculum leading to the University’s own professional degree (Pharm.D.) program since 2009. It was granted pre-candidate status in January 2012 and anticipates being fully accredited in June 2016, one month after the graduation of its first Doctor of Pharmacy class.

Cedarville’s pharmacy program is the only Christ-centered program in Ohio and one of just a few in the United States. Building upon its successful prepharmacy curriculum and a strong reputation in the health sciences, the University offers preferred admission to qualified students entering the seven-year program that culminates in the Doctor of Pharmacy (Pharm.D.). Students also earn a Bachelor of Science in Pharmaceutical Sciences (B.S.P.S.) and a minor in Bible. The seven-year professional program curriculum consists of two components: a three-year prepharmacy segment and a four-year advanced professional-level segment.

“As a leading Christ-centered university, the news of the pharmacy school receiving candidate status is significant because it truly reflects the academic quality of a Cedarville University education and the visionary leadership of Dr. Sweeney,” said Thomas White, president. “

In the opinion of ACPE, the Candidate accreditation status means that graduates from institutions with this classification would have the same rights and privileges of those graduates from a fully accredited program. It also denotes a developmental program that is expected to mature in accord with stated plans within a defined time period. It should be underscored, however, that decisions concerning eligibility for licensure by examination or reciprocity reside with the respective state boards of pharmacy in accordance with their state statutes and administrative rules. Should Candidate accreditation status be awarded to a program, ACPE would, however, make its position known and make recommendations consistent with that position. 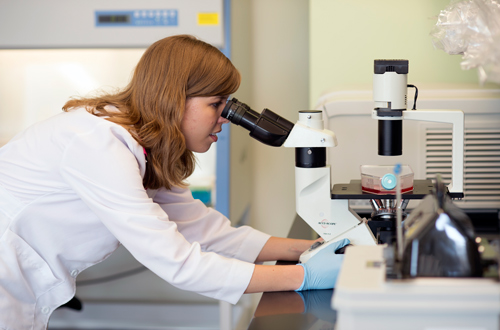