The staff of Cedars, Cedarville University’s student newspaper, attended the annual Ohio Newspaper Association (ONA) ceremony on Feb. 14 to receive six awards, including the General Excellence Award, which acknowledges the overall quality and excellence of the newspaper.

The ONA is a trade association that consists of approximately 250 Ohio daily and weekly newspapers. The ONA established the annual Ohio Collegiate Newspaper and Website Competition to recognize the achievements of college and university newspapers in Ohio.

Holly McClellan, a senior journalism student and managing editor of Cedars, and Jeff Gilbert, assistant professor of journalism and faculty advisor for the student newspaper, chose sections from last year’s issues of Cedars to submit to the ONA.

Cedars competed in a division with seven other ONA collegiate member newspapers. Judges, who are members of the ONA and editors of regional newspapers, awarded Cedars the General Excellence Award, naming Cedars as the top student newspaper in its division. Cedars also received first place in arts and entertainment coverage, first place in design, second place in photojournalism, third place in sports coverage and third place in overall news coverage.

McClellan and Gilbert attended the ceremony in Columbus along with Jesse Silk, Zack Anderson and Stephen Port, last year’s student editors, to accept the awards.

Gilbert said the Cedars staff was especially excited to win the General Excellence Award. "It's great to see the staff get this recognition because of how hard they work to practice good journalism,” Gilbert said. “They were very excited to hear their name announced.”

In addition to taking pride in their work, McClellan also hopes the awards will encourage other Cedarville University students to recognize Cedars as an asset to the university.

“Cedars has some amazingly talented writers, editors and photographers, and I am so glad they’re getting the attention they deserve,” McClellan said. “I hope the awards affirm to current writers that what we do is important and legitimate, and that it encourages future writers to continue striving for excellence.” 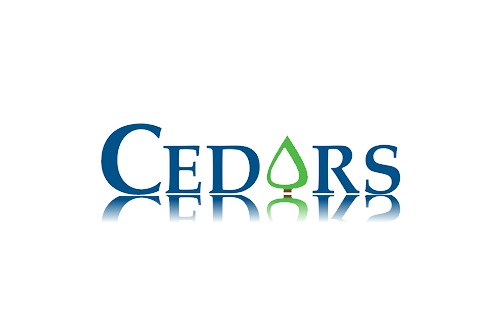 Cedarville University’s student newspaper, Cedars, received multiple awards for its 2011-2012 publications at the Ohio Newspaper Association’s annual ceremony in Columbus last month. Among the awards Cedars received is the General Excellence Award, which names Cedars as the top newspaper in its division. Artwork courtesy of Cedars.