Cedarville University has appointed four new members to join its board of trustees. The new members include the Rev. Don Lough, Warren Jenkins, the Rev. Eric Mounts and the Rev. Mark Vroegop.

Lough currently serves as the executive director of Word of Life Fellowship. He graduated from Cedarville University in 1987 and also has a degree from Dallas Theological Seminary. Lough and his wife, Darla, reside in Schroon Lake, N.Y. They have four children.

Jenkins is an experienced business owner and a 1972 graduate of Cedarville University. He officially joined the Board at the Trustees’ January meeting. He and his wife, Ellie, reside in Purcellville, Va.

Mounts graduated from Cedarville University in 1981 and is remembered for being the all-time leading scorer in Yellow Jacket men’s basketball history with 2,648 points. He and his wife, Andi, are the parents of four children. The Mounts reside in Charleston, W.Va. where he serves as pastor of Bible Center Church. Mounts also earned a Doctor of Ministry degree from Trinity Evangelical Divinity School. He is the former senior pastor of Southgate Baptist Church in Springfield, Ohio.

Finally, Vroegop earned his undergraduate degree in 1993 from Cedarville University and a Master of Divinity from Grand Rapids Theological Seminary. Vroegop serves as the lead pastor for the 4,000 attendees at College Park Church in Indianapolis. He and his wife, Sarah, reside in Carmel, Ind., with their four children.

The 27-member board determines general policies for the administration and development of the University. 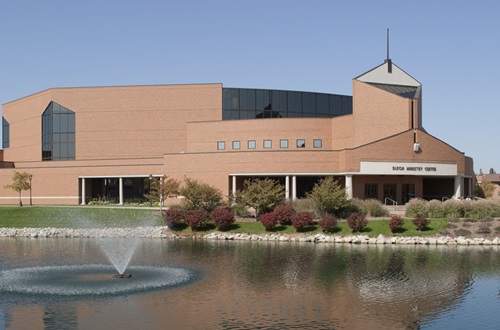